We're so glad that you found us! Please come and join us...We would love to see you! 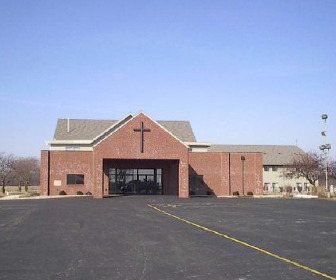 Welcome to BEC! We come to this building to meet together as God's church to worship Him, grow in our knowledge of Him, be encouraged in Him, and to fellowship together with Him. Anything from jeans to suits and dresses are worn, so no special uniforms are needed to come! Depending on the Sunday service you come, we have traditional church music or worship band music in our Sunday morning service. Everyone of every age is welcome to come!
Church History

The Evangelical Mennonite Church had its origin through the direction of God and the instrumentality of the Holy Spirit in the person of Rev. Henry Egly of Geneva, Indiana. He moved from Ohio to the Berne and Geneva community in 1850. Here he worshiped with the Old Order Amish and served as a deacon in the church. In his early thirties, his study of the Word of God brought him more and new light on many subjects, and as he walked in the light given him he was led from the formal church life into a definite knowledge of real conversion in the year 1864. After this experience, revivals began among the people and many were truly converted. The bishops and church leaders were opposed to this new form of doctrine and Rev. Egly was asked to resign. Following this a new group was formed which was called the Egly Amish and later became the Defenseless Mennonite Church. Rev. Egly became pastor of this new group and services were held on the various farms in the houses and sometimes in the barns. The revivals continued and on one day 75 were baptized and another day 40. Rev. Egly was evangelistic in his ministry, traveling many miles to other churches in various states besides handling the responsibility of his home church.


In 1917 a barn, 60 by 200 feet, was built for horses and buggies south of the church and later used for the shelter of automobiles.


The church was remodeled in 1937 and a basement put under it. New pews were installed and other necessary repairs were made. In 1947 the building was remodeled again with an addition being built, making a new entrance, choir loft and Sunday School rooms. In 1962 an addition was built onto the south side of the church which included a balcony, library, classrooms and nursery. Later, classrooms and office space were added to the north side of the church.


In July, 1997, a Planning and Assessment Committee was appointed by the church council to evaluate the church's facilities. As they projected into the future, it became apparent that additional facilities were needed to accommodate the congregation's growing needs. In February, 1998, this committee came to the council with some specific recommendations and shortly thereafter, Finance and Building Committees were appointed by the council. The first meeting of the Building Committee was in August, 1998. Ground breaking for the building additions was held in May of 2000, with completion being in May, 2001.

Call or email the church office if you would like to reserve it.

Nursery is available for ages 0-2, and Sunday School classes are available for ages 2 through High School. Adult Bible Fellowship offers elective classes for adults, spread throughout the building. If you are new, ask an usher at the front of the church when you come in, or ask anyone you want to find out where you can go!
10:00AM Worship Learn More

Nursery care and Children's Church is available for children ages 2 through K every Sunday, and children in grades 1-4 start in the worship service and are told when they are dismissed to their class on most Sundays. We have no church uniforms, so dressing in jeans to suits and dresses are appropriate each week. Our worship service incorporates traditional church music such as hymns or contemporary music with a praise band, depending on which week it is. We are here as the body of Christ to worship Him, and we welcome you to join us!

We believe in a wholehearted commitment to Christ.

Wholehearted total commitment to Christ is the only appropriate response for the believer to His Lord. Jesus told us that we must deny our selfish interests and follow in His footsteps if we are to be His true followers. All Christians should take Jesus’ command to take up the cross seriously. Christianity is costly. Living for Christ, and being conformed to His likeness carries with it an ongoing, ever-present challenge. Mark 8:34 and Romans 12:1

We believe in the body of Christ.

Every believer should be an active participant in the Body of Christ. When members of the Body are involved in service to the Lord, the Body will function at full capacity. God has gifted individuals for the purpose of making a significant contribution to His cause. A person’s gifts should be developed and utilized within the context of a local church’s ministries. In that way, we are maximizing everyone’s potential for serving Jesus Christ. Romans 12:4-8

We believe the Bible is truth.

God wants everyone to know and believe His Word. It is the primary means by which God discloses Himself to us and communicates His will to everyone. God’s Word is our guidebook for all of life. It is the basis for authoritative preaching and teaching. It is our error-free, informative manual for modeling Christianity to the world. The Bible is relevant today because our Eternal God is the author. It is imperative that the Bible be read and studied individually, as well as in groups, which will bring about life-changing effects. We want Christians to think and respond to the issues of life from God’s point of view.
Psalm 19, Psalm 119:2, 2 Timothy 3:16&17, 2 Peter 1:20-21

We believe in Prayer.

Prayer is the heartbeat of any service for God. We do not exist independently of Him, and we cannot function without His help. Jesus not only commanded us to pray, but also taught us to pray as He modeled the importance of prayer. It was the habit of God, the Son, to seek His heavenly Father in prayer as He proceeded to carry out the saving plan of the Trinity on earth. We are to follow the example of our Master by praying regularly, fervently, and with faith in the perfect plan and sovereign will our God has for all of us.
Matthew 7:7-11, Philippians 4:6-7

We believe in People.

At every stage of life, from conception to death, human beings’ lives are priceless, because each individual is created in the image of God. We live in a fallen world filled with people in painful circumstances. We want to dignify human life by respecting and responding to all people, whatever their needs. Meeting human needs is at the heart of Christian ministry, especially reaching out to meet a person’s deepest need for a relationship with God through Jesus Christ.
Genesis 1:26-28, Genesis 2:7, Psalm 8, Psalm 139

We believe in Families.

From the beginning of time the family has had a strategic importance in the plan of God. One of God’s commands to the first couple was to be fruitful and multiply. God created the structure of the family to organize a growing race. As love is practiced in a family, individuals mature, values are formed, faith is perpetuated, and leadership is developed. When there are strong families in the church, our entire family is strengthened and hurting families are healed.
Genesis 2:18, Ephesians 6:1-4, Colossians 3:20, Ephesians 5:25-33

We believe in Discipleship.

We who are called by God are sent as His representatives into the world. We represent Christ by offering both a verbal witness and an exemplary Christ-like life for those people within our sphere of influence. Our mission to the world is to intentionally and actively seek to develop mature followers of Christ among men, women, and children of all races and ethnic groups. We strive to prepare all of the people in our church to confidently and intelligently offer a witness to the saving work of Christ on the cross.
Matthew 28:18-20, Ephesians 4, Acts 4:1-8

We believe in Worship.

God is worthy of every effort we make, both as individuals or as a body of believers, to praise and honor Him. We worship in reverence and humility when we respond to the revelation of God in His written Word and in the world He created for us. Our worship involves the whole person: physically, emotionally, and spiritually. Worship is a lifestyle of obedience and not a once-a-week ritual. Therefore, we encourage everyone in our church body to develop a relationship with God through daily Bible study, prayer, and regular interaction with the people of God.
Exodus 20:3, Hebrews 10:25, John 4:21-22 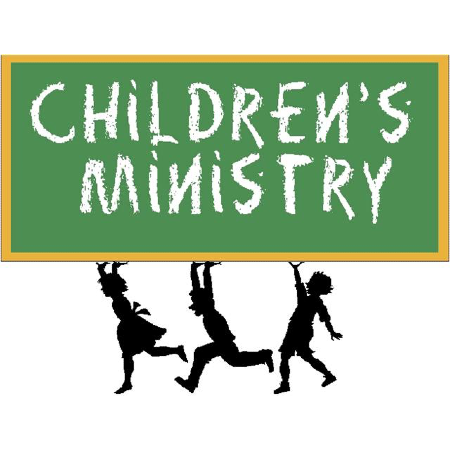 We teach our children Christian values from the start. This includes a memory challenge verse or verses each quarter. Our Vacation Bible School program typically runs in June.

If you have any questions about our children's programs, please contact the church office.

Our youth ministry is designed to give students in grades 6-12 a safe place to hangout and be themselves. We spend time playing games, eating food, and chatting, but most importantly we spend time digging deep into the Bible. Students meet for Youth Group on Wednesday at 7 PM!

Have a Prayer Request?

Would you like to be notified with church prayer requests, and also information related to church events, weather cancellations, etc.? We send out notifications by phone call or text as we receive them . If you would like to receive these messages, please email or call the church office, and we will sign you up! Office@bernechurch.org 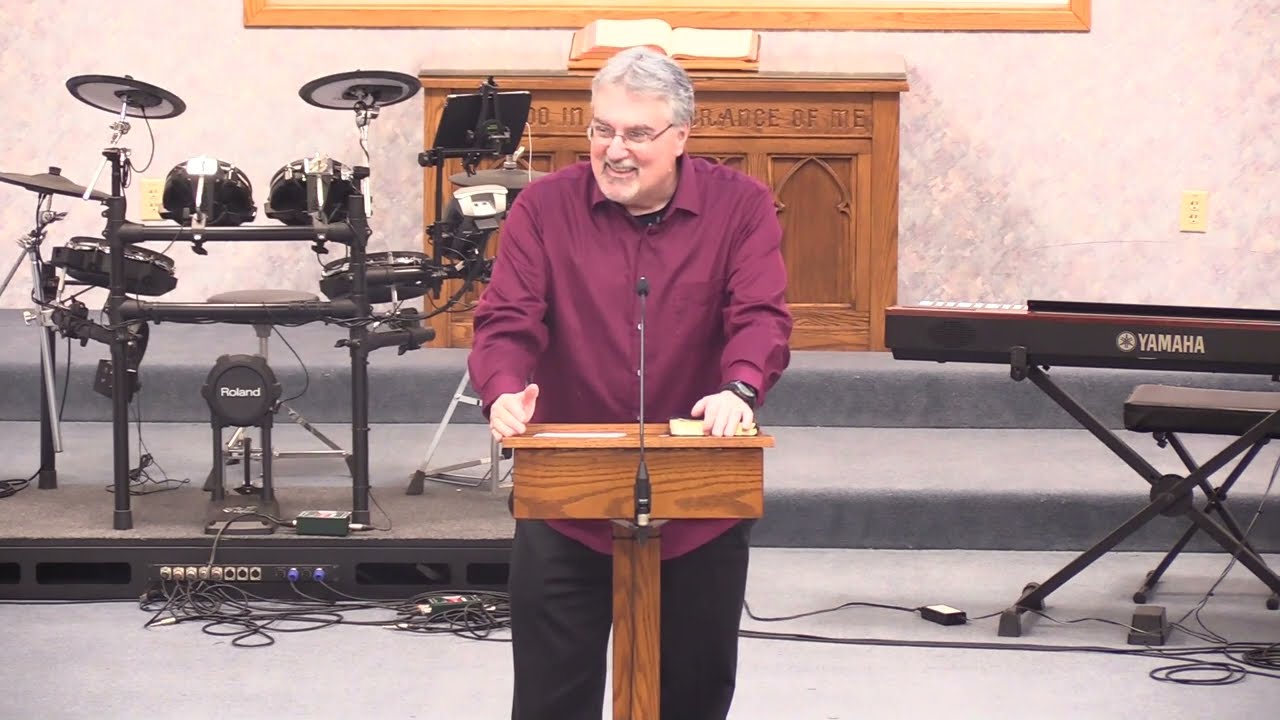 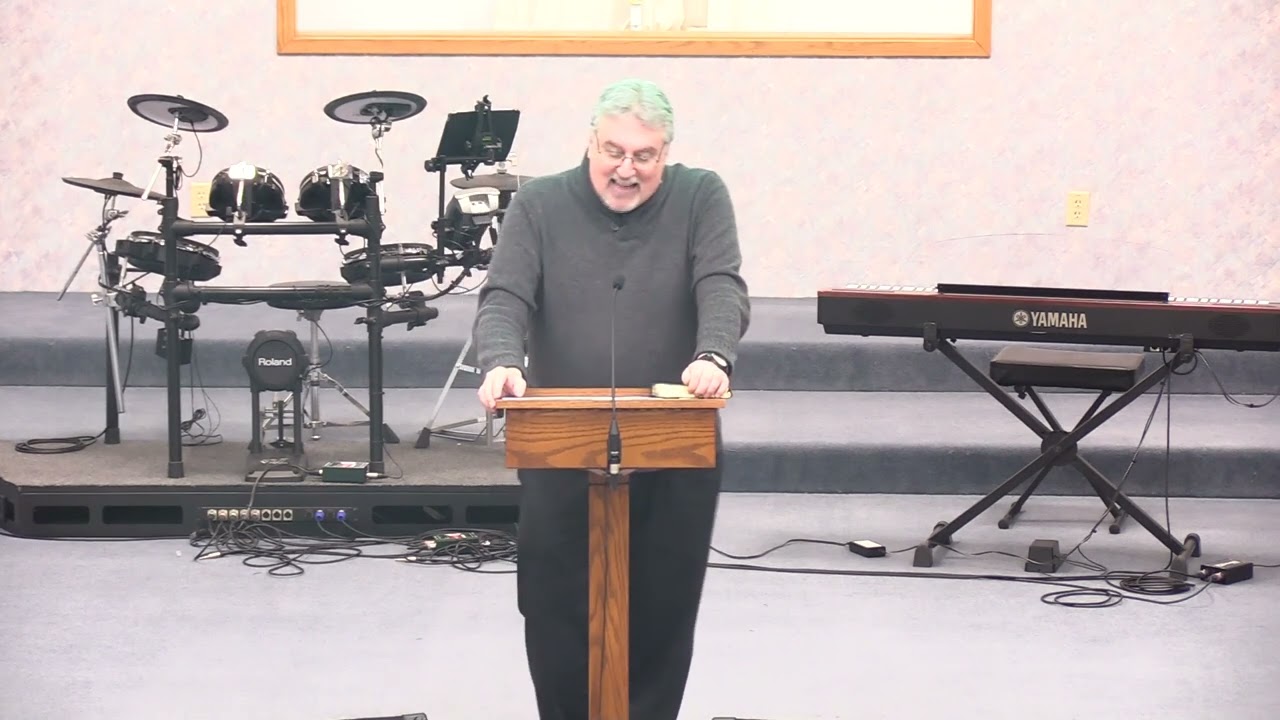 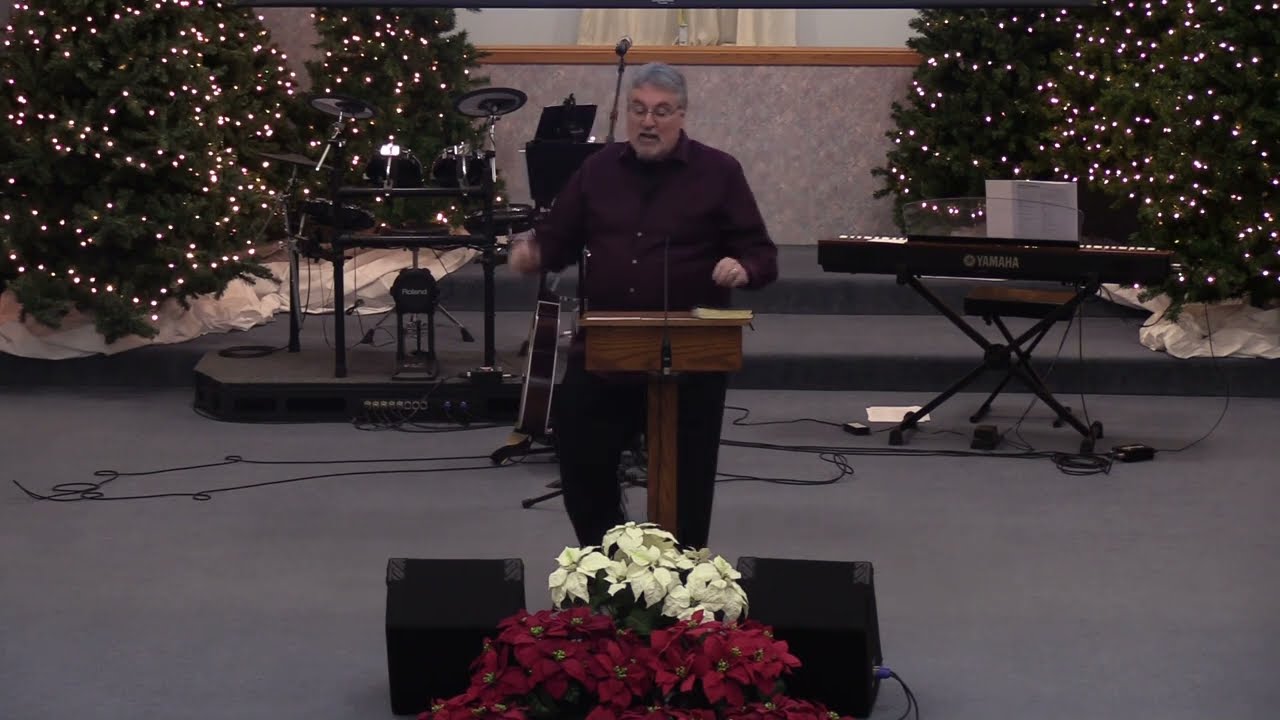 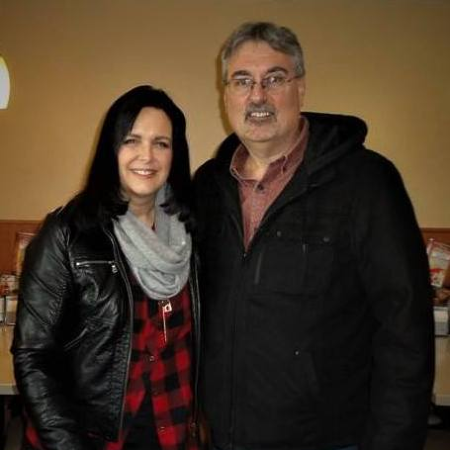 Bruce was raised with his 3 sisters on a farm near Flanangan, IL and attended the Salem FEC church. He graduated from Fort Wayne Bible College with a B.A. in Missions and from Asbury Seminary with a M. Div.

He has had the opportunity to serve in many FEC churches over the years. First as an intern in the Woodburn, IN church (Now the Westwood Church, ’79-’80), as an Associate Pastor of Grace Church in Morton, IL (’82 – ’86), as Senior Pastor of Faith Church, Bloomington IL (now Heartland Community, ’86-’95), and most recently Groveland Bible Church in Groveland IL (’95-2019). Within FEC he currently serving as a member of its Board of Elders and is Director of FEC Bible Quizzing.

Bruce's favorite verses are Proverbs 3:5,6: 'Trust in the Lord with all your heart, and lean not on your own understanding; in all your ways submit to Him, and He will make your paths straight.'

Bruce is thankful for this opportunity to serve in the Berne community! 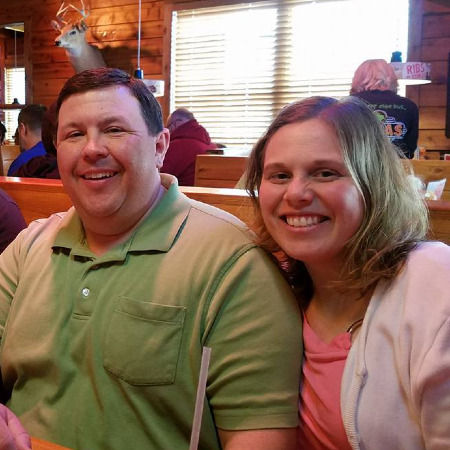 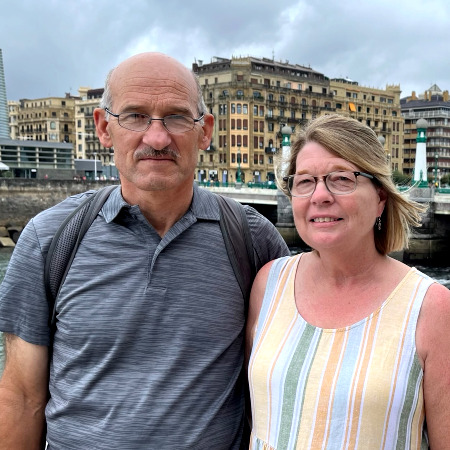 Sonnie has attended Berne Evangelical Church since 1979, and has been on staff since April of 1998. She is married to her husband Phil. They have two boys (Eric & Kyle) who are both married. They currently have 6 grandchildren.

Sonnie enjoys spending time with her grandchildren, crocheting, and reading.

'I can do everything through Him who gives me strength.' - Philippians 4:13

'Jesus answered, 'I am the way and the truth and the life. No one comes to the Father except through me.'' - John 14:6

Call or Message Us

Adams County strong will hold a marriage conference, That's Amore, @ The North and South Bridge Campuses and First Missionary Church on Feb.10-11. Brad and Vanessa Johnson will be the speakers. More information is available @ https://www.adamscountystrong.org. 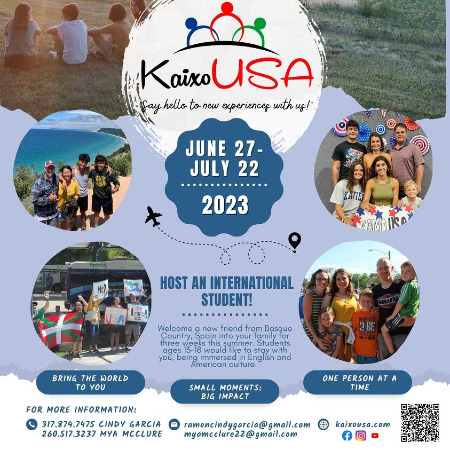